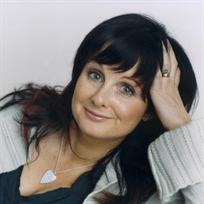 Not only is Marian Keyes back (and hopefully doing well), her new book will be released next year. And if that isn't fantastic enough, it will be another Walsh family book - woo!

At 34, Helen Walsh’s life has hit a speed bump. Her flat has been repossessed, her work as a private investigator has dried up and her lovely boyfriend is insisting on remaining friendly with his ex-wife.

So when Helen’s dangerous-but-sexy ex Jay Parker calls with a case for her, she’s intrigued. When it turns out the case involves the disappearance of Wayne Diffney, one-fourth of Ireland’s biggest-ever boy band, she’s hooked. As the Laddz reunion tour looms, Helen is drawn into a world of big hair, big mansions and even bigger egos, where everyone has an ulterior motive. But there’s still no sign of Wayne, time is running out and clues are thin on the ground...

Will she be able to crack the case and jumpstart her career? Will Jay manage to wheedle his way back into her life? And will the black dog of depression that’s been stalking her catch up with her once again?